Ashok is the director of Ashok Parekh & Co Chartered Accountants and is predominantly based in our Kalgoorlie office but attends our Mandurah Accounting firm on a regular basis to meet with clients who wish to take advantage of his extensive business and tax knowledge.

Ashok opened the firm in 1984 in Kalgoorlie starting with no clients, within a year he had impressively built up a client base servicing over 1000 clients. Over 34 years later, the firm now acts for more than 3000 clients across three offices in Kalgoorlie, Mandurah and Bunbury and additionally offers a mobile service in Karratha.

During his successful accounting career, Ashok has received a number of prestigious awards including the Meritorious Service Award in 2009, which is the highest award in Australia awarded by the Institute of Chartered Accountants, and the Centenary Medal which was awarded by the Governor General of Australia in 2003 for his contribution to community and professional services in Australia.

In addition to his accounting business, Ashok is also the owner of numerous successful businesses in the goldfields including the Palace Hotel, Hoovers Café, Australia Hotel, Goldbar Nightclub and Sylvesters nightclub and uses his wealth of business knowledge to advise and guide his accounting clients with growing their own businesses.

Furthermore, Ashok is heavily involved in the mining industry being the Non-Executive Chairman of Macphersons Resources and has also played a key role in the success of Kalgoorlie’s Diggers and Dealers mining conference which is now recognised around the world.

Ashok is also the Vice President of the West Australian Hotels Association (AHA).

In his spare time, Ashok enjoys spending time with his family, having a drink with his mates at the Tattersalls club in Kalgoorlie, watch the soccer and travelling back to his home town of Dublin where he was born and raised. 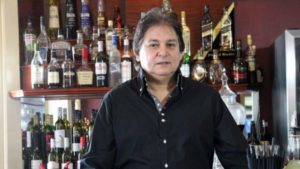 Want to chat with Ashok?

You can call to enquire about seeing Ashok in our Mandurah office on (08) 6168 2448 or complete our contact form here.